As school comes to a close and COVID-19 quarantine continues to persist, you might be looking for ways to continue your teens education over summer. While there are many books to read and online seminars to supplement class time, sometimes learning can be as simple as making some popcorn and kicking back to watch TV.

Ranging from action and adventure to comedies and cooking programs, this list of TV shows features explicit opportunities for your teen to learn valuable lessons and skills akin to a college-level syllabus. Unlike school, the subjects involved in many of these shows, including topics like U.S. history, current events, and systems of oppression, are made to be consumed in a stress-free environment by artists and trained storytellers. No homework. No written assignments. No zoom lectures.

We hope that each of these shows provides your teen with new insight into mature topics and sparks a discussion at home about what they’ve learned.

Created by Kenya Barris as an exaggeration of his own life, #blackAF is a raucous and introspective show about capital and artistic success as well as black parenthood. Captured by his documentarian daughter in the show, Drea (Iman Benson), the mocumentary interweaves black U.S. history into how Barris and his wife, Joya (Rashida Jones), raise their family of three girls and three boys.

This show, while addressing a broad audience, uses a teen’s perspective to communicate the evolution of slavery and dynamics pertaining to racial coding, unwavering praise of black artists, and the white gaze. All of these topics are rarely covered in a high school academic setting, so it’s crucial for your teen to access a comprehensive and entertaining look at named systems and institutions structuring race in the U.S.

Because Barris examines his success in relation to his real life shows Black-ish, Grown-ish, and Mixed-ish, he’s able to tap into the black Hollywood zeitgeist with the help from other celebrities. While the show really is grounded in a historical and educational exploration of what it means to be black and successful in the present, it’s also fun to see Ava DuVernay, Issa Rae, and Tyler Perry pop in the show to participate in the whimsical self-reflection.

Patriot Act is essentially set up as a lecture but with more graphics, jokes, and contemporary references for young adults. In this series, comedian Hasan Minhaj transfers all of his skills from working on projects like the Daily Show and the White House Correspondent’s Dinner to deliver a deep dive into serious symptoms of contemporary systemic injustice around the world. This is about the closest you’ll get to having your teen back in school, only it’ll feel more like they’re talking to a friend in the living room.

The loose structure of the show allows the creators to present in-depth research on a myriad of topics so that viewers are able to develop a healthy web of information. Every episode focuses on a different issue, so your teen will be able to peruse through a comprehensive list of seemingly scattered (but actually connected) topics. The format of the show layers a “fun” area of focus in between sets of more urgent subjects. For instance, Volume 2 starts off with “Censorship in China,” “Drug Pricing,” and “Student Loans,” but then suddenly throws “Hip-hop and Streaming” into the mix so you start to understand just how pervasive capitalism and political structures are. Think of this show as though the most personable kid at school were giving your teen a weekly current event report but with supporting evidence developed by a team of salaried researchers.

Twelve-year-old Aang (Zach Tyler Eisen) is the avatar, a young boy with the unique ability to command all four elements – water, earth, fire, and air. In a world where everyone is limited to “bending” just one, it is the avatar’s duty to keep peace between the Earth Nation, Fire Nation, and the water tribes divided by their elemental distinctions. As the title implies, Aang is the last airbender because the Fire Nation has almost succeeded in genocidal takeover of the world. When Katara (Mae Whitman) and Sokka (Jack De Sena) discover Aang trapped in ice after he fled his responsibilities out of fear over 100 years ago, they set off on a globetrotting journey to reverse the damage caused by this new dictatorship.

While the show is (clearly) imaginary in nature, the fictionalized aspects of the show are a perfect storytelling device to mask messaging about serious real-world topics. Experiences of refugees, imperialist analysis, loss, and redemption are all extensively covered over the course of three seasons. With diverse on-screen representation featuring character designs, cultural practices, and art styles from Inuit tribes, Chinese animation, and Japanese storytelling, this thrilling comedy-adventure is perfect for teens to binge while learning about terribly relevant themes.

This show is Jon Favreau’s attempt to continue his culinary education from chef Roy Choi on camera after training for his film of the same name, only here, he does it with a celebrity guest in every episode and it’s simply … unfair. Okay, fine, he’s worked toward to success directing projects like Iron Man, Elf, and The Mandalorian, but it still stings when they’ve just set a plate of guerrilla tacos with Robert Downey Jr.

Hopefully, it stings because your teen is busy cutting onions or adding freshly ground pepper flakes to a new dish they’re whipping up. This show makes the list of programs to keep your teen learning over summer because the creators go through the process of making food in real time and you get a sense of Jon’s eagerness to extract every detail of the process.

Gentefied tells the story of Casimiro “Pop” Morales, a taco shop owner facing eviction from a wealthy class of newcomers to the neighborhood. With the help of his three grandchildren, aspiring artist Ana Morales (Karrie Martin); soon-to-be-father, Erik Morales (J.J. Soria); and chef Chris Morles (Carlos Santos), Pop grapples with the difficult circumstances that capitalism has created for many immigrants, people of color, and low-income Americans.

The state of housing in the U.S. is a crisis that has been evolving with new duplicitous ferocity since the economic crash of 2008. Unfortunately, it’s something your kids will need to be educated about if they ever hope to leave the nest and start living on their own. That, among many other reasons, is why Gentefied is such a crucial show for young audiences to witness. It humanizes the violence of merciless housing practices going on today with the wisdom of its showrunners, Marvin Lemus and Linda Yvette Chávez, and the craft of its all Latinx cast.

At the very least, the experiences of gentrification portrayed in this show may very well play a role in your child’s future. If not, Genteified remains an educational program for its positive and uplifting stories being told by Latinx creators and the interpersonal conflict-resolution displayed by each character in the main cast.

Eric M. Earle is the founder of Tutor Portland. He became the premier math tutor in Portland, Oregon. He focuses on improving students’ math grades to better their college acceptance rates.

Share on TwitterShare on FacebookShare on PinterestShare on LinkedInShare on Email 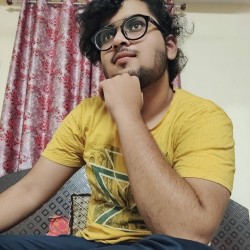 Upstox Is Now Free For Limited Time. Save Rs500 & Open Your DEMAT For Free!Open DEMAT

Get weekly articles and freebies from our site delivered right to your email box. Launch your own blog for free with my assistance, check out my portfolio. Subscribe now!

We send you articles weekly and only 4 emails a month. We never spam.